Book Authority has released it's 100 Best Sustainability Books of All Time which features the Sustainability Studies Program's Director Melinda Morgan's recent published piece The End of Sustainability: Resilience and the Future of Environmental Governance in the Anthropocene.

Read more about this work and Melinda Morgan's research below! 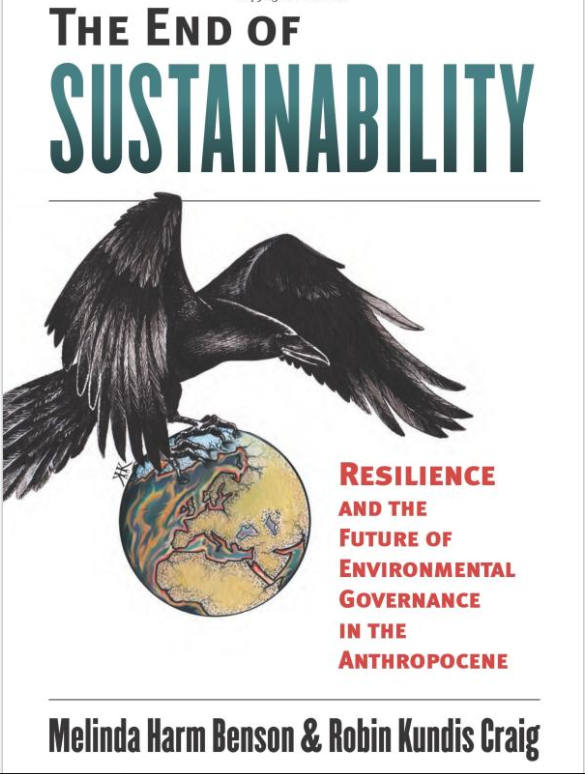 The time has come for us to collectively reexamine—and ultimately move past—the concept of sustainability in environmental and natural resources law and management. The continued invocation of sustainability in policy discussions ignores the emerging reality of the Anthropocene, which is creating a world characterized by extreme complexity, radical uncertainty, and unprecedented change. From a legal and policy perspective, we must face the impossibility of even defining—let alone pursuing—a goal of “sustainability” in such a world.

Melinda Harm Benson and Robin Kundis Craig propose resilience as a more realistic and workable communitarian approach to environmental governance. American environmental and natural resources laws date to the early 1970s, when the steady-state “Balance of Nature” model was in vogue—a model that ecologists have long since rejected, even before adding the complication of climate change. In the Anthropocene, a new era in which humans are the key agent of change on the planet, these laws (and American culture more generally) need to embrace new narratives of complex ecosystems and humans' role as part of them—narratives exemplified by cultural tricksters and resilience theory.

Updating Aldo Leopold’s vision of nature and humanity as a single community for the Anthropocene, Benson and Craig argue that the narrative of resilience integrates humans back into the complex social and ecological system known as Earth. As such, it empowers humans to act for a better future through law and policy despite the very real challenges of climate change

The work can be found here at amazon.

Melinda Morgan is the W.K. Kellogg Chair and Director of Sustainability Studies Program.