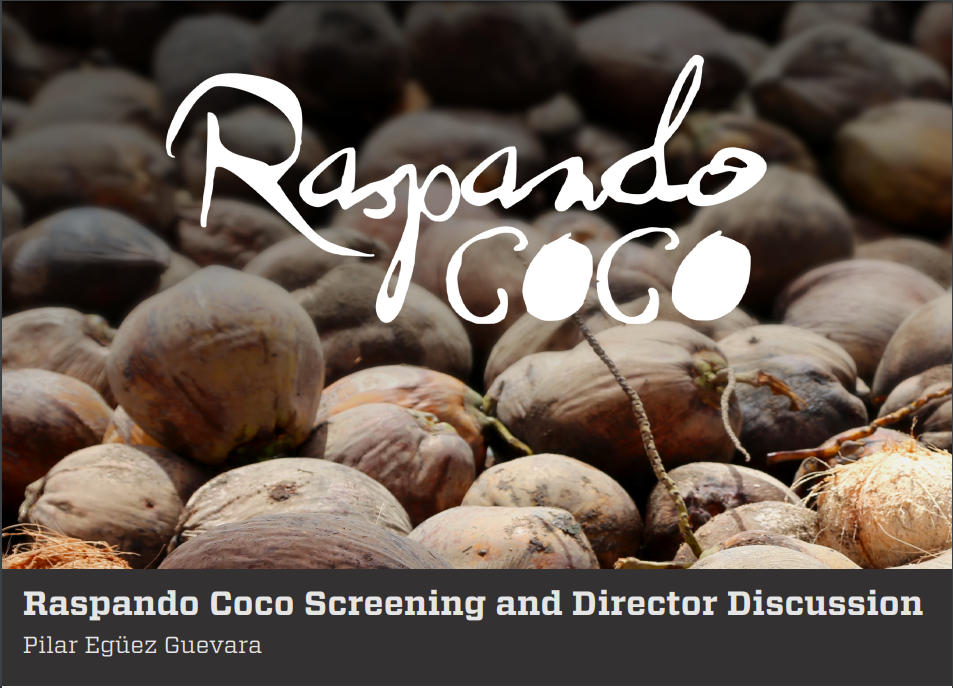 Raspando coco is an award-winning film about the culinary and medicinal traditions of Afro-Ecuadorians. Since its premiere in 2018, it has been screened in three different languages to audiences in Latin America, the United States, Europe and Japan. The film documents the health impacts and culinary traditions surrounding coconut as remembered and experienced by Afro-Ecuadorians in the coast of Ecuador. The movie positions communities of color as important knowledge bearers about health and food and shows the tensions that can arise when development and public health authorities label staple foods, like coconuts, unhealthy. The film would connect with students and faculty interested in food justice and sovereignty, race and racism, Afro-Latin America, oral history and ethnography, public and community health, and sustainable development and agriculture.

Pilar Egüez Guevara, PhD is an Ecuadorian cultural anthropologist, writer and filmmaker. She holds a PhD in cultural anthropology from the University of Illinois at Urbana Champaign. She has worked directly with communities for over 15 years on research and community-based projects in Argentina, Cuba, Ecuador, and the United States. Her most recent work has focused on amplifying the voices of older women and men who are the bearers of traditional knowledge about food and medicine in the coast of Ecuador. In 2012, she co-founded and currently directs Comidas que Curan, an independent food and media company dedicated to research and promote traditional foods and knowledge through ethnography and film. She most recently directed and produced Raspando coco (Scraping Coconuts) an award-winning documentary about the culinary and medicinal traditions of Afro-Ecuadorians, which has been screened to audiences in the Americas, Europe and Asia. She is a published author, and speaks internationally in educational and community settings about the intersections of food, culture, conflict and health. She most recently taught «Cooking for a strong immune system» an online course taught to 800 community members across three different continents, in partnership with the Seed Savers’ Network of Ecuador. She is also a certified conflict mediator and coach.