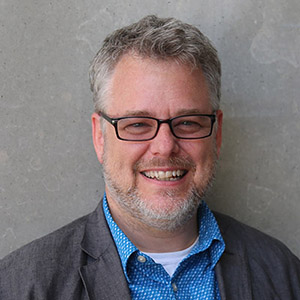 John Quale, Chair and Professor of Architecture at the University of New Mexico School of Architecture + Planning, is an expert in sustainable design, offsite construction and public interest design.  Quale is the Founder and Director of the ecoMOD project, an interdisciplinary design, build and evaluate project to create high performance affordable homes. ecoMOD was established in 2004, while he was a faculty member at the University of Virginia and it moved with him to UNM in 2014.  Three ecoMOD projects have achieved a LEED Platinum rating and two certified under the U.S. Passive House standard – all within affordable housing budgets.   Quale is also the Director of the Jeff Harnar Award for Contemporary Architecture in New Mexico.

A Fulbright Scholar at the University of Tokyo and the Thomas Jefferson Fellow at Cambridge University, Quale is the author of Sustainable, Affordable, Prefab:  the ecoMOD Project, and co-author / editor of Offsite Architecture:  Constructing the Future, forthcoming from Routledge.  He led the award-winning 2002 UVA Solar Decathlon Team. His work and / or teaching has been featured on National Public Radio, CNN and HGTV and in various publications including Architect Magazine, Metropolis Magazine, Architectural Record, Dwell and The New York Times.  He has received over 30 design or education awards, including the 2013 Architect Magazine R+D Award, the AIA Education Honor Award, the NCARB Grand Prize, and the USGBC Excellence in Green Building Curriculum Award, and finalist status for the UN World Habitat Award.  He was the University of Virginia nominee for the Carnegie / CASE U.S. Professor of the Year Award.  He has given over 90 keynote or invited public lectures at locations such as the National Building Museum and the Urban Center, and at over 35 universities including Cambridge, Oxford, Sheffield, Tokyo, Princeton, Michigan and several others.   He has served on the jury for the AIA / ACSA Housing Design Education Award; the international selection committee for the Masdar Headquarters in Abu Dhabi, and has twice served on the national AIA COTE Top Ten jury, and served on the AIA COTE Student Top Ten jury in 2017.