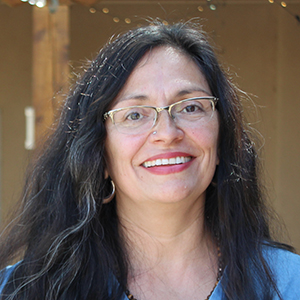 Irene Vásquez received her PhD from the History Department at the University of California, Los Angeles. She holds the position of Founding Chair of the Chicana and Chicano Studies Department at the University of New Mexico. Under her leadership, from 2013-2015, UNM established a Department of Chicana and Chicano Studies and a Bachelors Degree in Chicana and Chicano Studies. She has a joint faculty position in Chicana and Chicano Studies and American Studies at UNM.Irene Vásquez specializes in the intersectional histories and politics of Mexican-descent populations in the Americas. Her research and teaching interests include U.S. and transnational social and political movements. She co-authored a book on the Chicana and Chicano Movement titled, Making Aztlan: Ideology and Culture of the Chicana and Chicano Movement: Ideology, 1966-1977, published by the University of New Mexico Press. She has written several essays in English and Spanish on the historic and contemporary relations between African Americans and Latin American descent peoples in the Americas. Irene Vásquez co-edited the The Borders In All of Us: New Approaches to Global Diasporic Societies, published by New World African Press. She is currently working on publications centering on immigrant and human rights organizing in the U.S. In addition, she has previously published essays on Indigenous peoples in what is today northern Mexico. Her current project is a history survey of Chicana women in the U.S In the area of K-12 Education service, Irene Vásquez serves as President of Semillas Sociedad Civil, a nonprofit organization that founded the first K-12 International Baccalaureate World Schools in Los Angeles, including Xinaxcalmecac: Academia Semillas del Pueblo and Anahuacalmecac: International University Preparatory High School of North America. She previously served on the Mayor’s Education Advisory Council for the City of Los Angeles.