Our Existence is Resistance: Similar Struggles. One Fight. 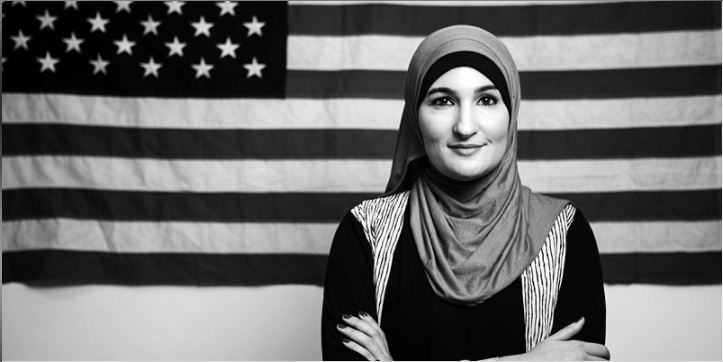 Linda Sarsour is an award-winning racial justice and civil rights activist, seasoned community organizer, direct action strategist, and mother of three.  Ambitious, outspoken and independent, Linda shatters stereotypes of Muslim women while also treasuring her religious and ethnic heritage. She is a Palestinian Muslim American and a self-proclaimed “pure New Yorker, born and raised in Brooklyn!” She is the co-founder of the first Muslim online organizing platform, MPower Change and co-founder of Until Freedom, an intersectional racial justice organization focused on direct action and power building in communities of color. Until Freedom is best known for their work on the Breonna Taylor police murder case in Louisville, Kentucky.

Linda was one of the national co-chairs of the largest single day protest in US history, the Women’s March on Washington. She has been named amongst 500 of the most influential Muslims in the world. She was recognized as one of Fortune’s 50 Greatest Leaders and featured as one of Time Magazine’s 100 most influential people in the world. Linda was a 2020 Roddenberry Fellow and released her highly anticipated book, “We Are Not Here to Be Bystanders: A Memoir of Love & Resistance”. She is most recognized for her transformative intersectional organizing work and movement building.

Candice Hopkins is a citizen of Carcross/Tagish First Nation and lives in Red Hook, New York. Her writing and curatorial practice explores the intersections of history, contemporary art, and indigeneity. She worked as senior curator for the 2019 and 2022 editions of the Toronto Biennial of Art and was part of the curatorial team for the Canadian Pavilion of the 58th Venice Biennale. She is co-curator of notable exhibitions including Art for New Understanding: Native Voices 1950s to Now; the 2018 SITE Santa Fe biennial, Casa Tomada; and documenta 14 in Athens, Greece, and Kassel, Germany.