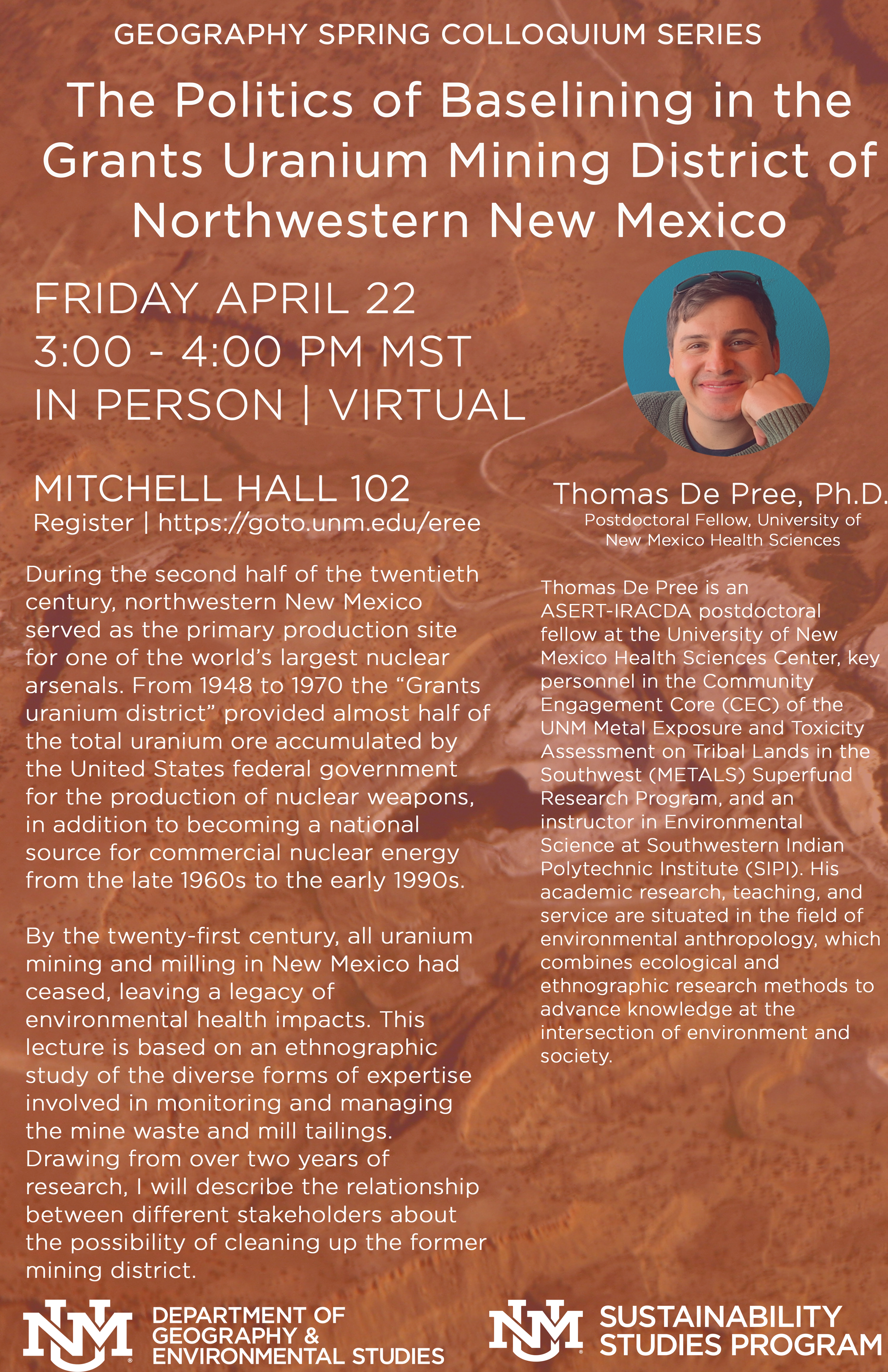 Join us for the Spring Geography Colloquium Series, jointly hosted by UNM and NMSU, presenting

Thomas De Pree is an ASERT-IRACDA postdoctoral fellow at the University of New Mexico Health Sciences Center, key personnel in the Community Engagement Core (CEC) of the UNM Metal Exposure and Toxicity Assessment on Tribal Lands in the Southwest (METALS) Superfund Research Program, and an instructor in Environmental Science at Southwestern Indian Polytechnic Institute (SIPI). His academic research, teaching, and service are situated in the field of environmental anthropology, which combines ecological and ethnographic research methods to advance knowledge at the intersection of environment and society.

During the second half of the twentieth century, northwestern New Mexico served as the primary production site for one of the world’s largest nuclear arsenals. From 1948 to 1970 the “Grants uranium district” provided almost half of the total uranium ore accumulated by the United States federal government for the production of nuclear weapons, in addition to becoming a national source for commercial nuclear energy from the late 1960s to the early 1990s. By the twenty-first century, all uranium mining and milling in New Mexico had ceased, leaving a legacy of environmental health impacts. This lecture is based on an ethnographic study of the diverse forms of expertise involved in monitoring and managing the mine waste and mill tailings. Drawing from over two years of research, I will describe the relationship between different stakeholders about the possibility of cleaning up the former mining district.