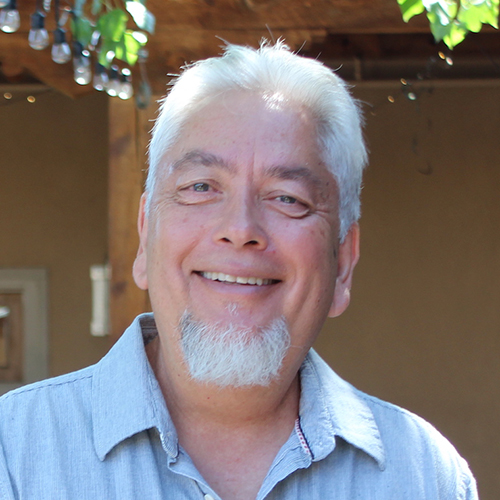 Levi Romero, Assistant Professor in Chicana and Chicano Studies, and director of the New Mexico Cultural Studies Certificate Program in CCS, is from the Embudo Valley of northern New Mexico. Romero’s documentary work focuses on cultural landscapes studies and sustainable building methodologies of northern New Mexico, including centuries-old traditions of acequia systems, molinos, salas and other agrarian and cultural contexts related to the upper Rio Grande watershed. He is currently working on an oral history project, Following the Manito Trail, chronicling the diaspora of Nuevo Méxicanos to Wyoming and other parts of the southwest. He is also assisting on several community projects, including La Sala Filantropica as an Oral History Documentation and Archive Center in Embudo. He is the author of several award winning books, Sagrado: A Photopoetics Across the Chicano Homeland, A Poetry of Remembrance, and In the Gathering of Silence. His film documentary, Going Home Homeless, received the People’s Choice Award at the 2014 Taos Short Films Festival. He was awarded the post of New Mexico Centennial Poet in 2012.