Revealing the Truth About the World’s Greenhouse Gas Emissions 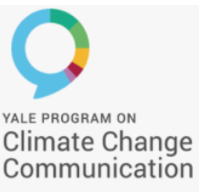 Join us for what is sure to be a fascinating conversation with Pulitizer Prize-winning Washington Post reporter Chris Mooney, moderated by Dr. Jennifer Marlon, Research Scientist at the Yale School of the Environment.

Journalist Chris Mooney will discuss the months-long Washington Post investigation into the world’s climate-warming emissions, which found that countries are dramatically under-reporting their climate impact -- by as much as 13 billion tons of greenhouse gases annually. The Post drew on satellite and atmospheric analyses, independent scientific inventories of greenhouse gases, and a dataset built by the paper itself to hold the entire world accountable for what it is truly emitting.

Chris Mooney is a Pulitzer Prize winning reporter on energy and the environment at The Washington Post.  He is also a lecturer at the Yale School of the Environment for this academic year. He has authored four books about science, politics and climate change. Sponsored by the Yale Center for Environmental Communication and the Yale Environmental Data Science Initiative.